The Nature of the Heart of the World

Everyone has heard of the Heart of the World, of course they have.  It is the great gem that hung above the Mountainsbreath Throne1, its light waxing and waning over the decades.  It is the symbol of the Kings and Queens of Otherwhile.  It is the stone whose destruction would mean the End of All.

But that is merely what everyone knows.  Where did the gem come from?  Why has it been unseen since the Battle of Lohss?  These are the questions the wise would ask.  But whether these questions can be answered and whether those answers will be true, that is a matter I will leave you to judge.

Many authorities say the Heart of the World is a gift from the Stars themselves, symbol of an ancient pact between those creatures of the Sky and our World below.  Others have claimed the Heart was a sign left by The Absented, a promise that She or He or It would one day return.  Those who make such a claim are, of course, heretics and their theories are unworthy of serious consideration.  Others say the great gem is but a fragment of the World's true Heart.  Those others, I believe, are correct.  They say too that there have been many such fragments and that the jewel that once hung above the Mountainsbreath throne is but the latest in a long sequence.  In this too they are correct. 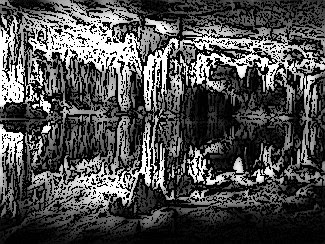 A few of these sages2 say that the first of these splinters came into being thousands of years ago and that the tale of its birth is the tale of The Woman Who Broke the World's Heart.  They say also that the splinter was brought to Otherwhile over a millennium ago by the three Queens of Day and that they wielded its power to create the Palace of Days and to build the army of Otherwhile and to conquer lands from Vassel to Kemt and Oscurys to Flesch and even to bend the first Empire of Shende to their will.

They say further that some time in every five hundred years each splinter of the World's Heart would dwindle to almost nothing.  And then The Queens of Day would journey to  The Spine of the World and there follow the secret paths that lead deep beneath the mountains until they reached the cavern at the centre of the World, where they would carve a new gem from World's True Heart, ready to wield it once again for Otherwhile.

Lastly these sages say that to toy with the Hearts of Worlds is a very foolish thing.  And this is proof that sometimes all of us, or almost all, can have the wisdom of sages.


1. This directly contradicts much of what was said about the Heart here. Sadly that's the way history works sometimes, especially the history of fictional objects↩
2. Two of whom might be the Brother and the Sister (were they more than myths)↩
at 14:00