The Theft of The Heart of The World, Part V

[To read the story from the beginning, start here.  For those wishing to skip ahead, Arbor Vulpa - a thief of great skill and no little renown - is engaged in what he hopes will be The Greatest Theft in All The World.  To this end, he has scaled The Tower of The Heart atop The Palace of Days, the tallest tower in the city of Farla, and broken in.

Now I could tell you more about the many days that Arbor spent in the tower but, frankly, I want to know if Arbor is going to succeed in his theft or not and I'm pretty sure Arbor feels the same, so I hope you won't mind if I skip ahead, scurrying around the pitfalls, leaping over the spinning blades, picking the intricate locks and otherwise avoiding the many tricks and traps that Arbor himself had to conquer.

With that in mind, let's see how he's getting on, shall we?]

Arbor Vulpa put a hand against the beaten copper that panelled the wall and took a deep breath.  At his feet were spread out what few tools he had left: one good lockpick, one bent one, a little red powder, a few petals of candleblossom and a phial of Night ... though what use that would be he had little idea.  As for himself, his clothes at least were largely intact; his body too would hold for the moment: only one arm was broken and the combination of an improvised sling and a dose of duskweed was doing much to lessen the pain.  He had most of his hair, though much of it was singed.  His right ankle, though twisted, could be walked upon and might survive a brief burst of speed if absolutely necessary. All in all, he felt, things could be much worse, though, admittedly, many of the ways in which those things could be worse would involve him being dead. 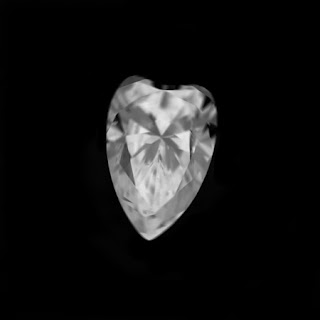 As to his plan, it was tattered and bedraggled.  Despite all his years of scheming and study, the Tower of The Heart had proved far stranger than ever he could have imagined.  That he had proved equal to the challenges it set was as much a matter of pure luck as it was of skill.  Some might have said his survival showed he was destined to succeed but Arbor knew better: a man's destiny is liable to be stolen from him by a thing as small as a missing horseshoe nail or a flea bite or one sip too many from the flask.  For some reason Arbor found the thought oddly satisfying, though the satisfaction wasn't to last: it was as he completed it that he noticed the blood pooling near the soft-tipped toe of his boot.  He also noticed that there was a lot of it and it was his.

Whether the cause had been his close encounter with the flayworms or the uncomfortably rapid descent down the mountainside - he wondered again how it could possibly have come to be in the tower - or the springing of some silent trap, Arbor did not know.  All he could be sure of was that time and his failing body were suddenly against him.  The thought spurred him to improvise a tourniquet.  He needed to find his prize soon.

How Arbor got through the next few rooms he never knew.  His memories of those minutes were like those of a drowning man: of light and sudden darkness, of gasps for air and deep silences and of the desperate struggle against panic.  And then, at the end, there was a tall-ceilinged room bathed in a cool, clear light that, it seemed to Arbor, should have carried the scent of mint. The room was free of ornament, its walls and floor bare stone.  Its only feature was the canopied altar, a thing of thin columns and intricate fretwork, at the centre of which a gem the size of a man's clenched fist hovered, giving out a deep red light and making every hair on Arbor's body rise.  He had come at last into the presence of The Heart of The World.

Arbor studied his surroundings with all the care to be expected from a student of the Afarese academy but could find no hint of any trap or deadfall, no sign of poison, nothing to sound the alarm.  There was only Arbor and The Heart.  Almost unconsciously, he found his hand creeping forward towards the gem, whose colour now was sliding from red into purple, its light dimming.  His fingers had almost touched the stone's flawless surface when a voice that was deep and cold and dead as stone sounded in his head.

"Who then is the ruler of Otherwhile?"

So that was it.  The final test.  It was a simple enough question, with a simple enough answer.  Even now, down below in the palace, one of the three Queens of Day would be taking her place on the Mountainsbreath Throne, ready to go about the business of Morn or Noon or Dusk, just as she and her sisters had, so they said, for over six hundred years.

But these things, Arbor knew, were never so simple.  The question was undoubtedly a riddle.  He had a deep urge to spit.  Riddles, he felt, were the creations of unhealthy minds, the kind that might decide that Time or Fate or Fear or Hope was the true ruler of a nation. Then again, perhaps this riddle had been set as a trap for the oh-so-cunning and the answer truly was the Queens of Day.   Or, yet again, perhaps the mind behind the riddle was the sort of tedious pedant who wished to know exactly which of the three royal rears was perched on the throne at this precise moment.  Or perhaps ...

The urge to spit came again but Arbor found he lacked the strength.  Truly, he had lost much blood.  He needed to answer the riddle soon.

And it was then that he thought back to the last of the three things and one thing that the dark stranger had told him in the forest all those hours or days before.  "There are times", the man had said, "when the most important thing in all the world is to know exactly who one is and what one is about.  I believe you may live to see such a time".

Arbor was filled with the absolute certainty that this was just such a time.  Who then, was he?  He had been a beggar and a prisoner and a pupil and a thief.  He had juggled before peasants and walked side-by-side with scholars.  He had dwelt in palaces and hovels and in high castles and in ditches.  He had been rich and had been poor and had been quick and had been foolish; perhaps he had been most foolish of all when he had first entered The Tower of The Heart intent on completing this, the greatest theft in all the world.  But what would be the greatest theft?  The Heart of the World was a great prize but was it truly the greater than all others?

And it was then that Arbor knew who he was and what the answer to the riddle must be.

He reached out his hand towards the gem, this time feeling a burning heat against his hand.

"Who then is the ruler of Otherwhile?"  The cold, dead voice sounded again and as it sounded Arbor wrapped his hand around the stone and cried out two words.

And, as he said it, light burst from within The Tower of The Heart and, below in The Palace of Days, three royal voices joined in a single scream and, in that same moment, Arbor Vulpa completed the greatest theft Otherwhile has ever seen or will see, for in that moment he stole not a gem, but something much, much more.  That was the moment in which Arbor Vulpa the thief became Arbor Vulpa the king, for that - as we all well know - was the moment in which he stole Otherwhile itself.
at 08:48