Ten fantastical authors you may never have thought of reading, Part II

This seems a good time for the second part of my list of slightly out-of-the-way fantastical authors well-deserving of a read.  So, let's have a look: 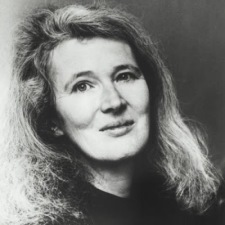 A lover, reinterpreter and subverter of fairytales as well as a novelist, Angela Carter conjured the worlds of her stories - be they Victorian circuses, golden-era Hollywood, or a South American city under attack by reality-distorting machines - in an enthusiastic whirl of words and images destined to occupy the reader's mind for a very long time indeed.  Nights at The Circus alone contains more striking images than can be found in most authors' lifetime output (I defy anyone who has read it not to go into a reverie at just a mention of the tiger waltz or the clowns and the blizzard) .  Even in her works' darkest moments there is something joyous in her willingness, eagerness, to bring together plot and signs and symbols, peppering the whole with nods and allusions to the vast world of myth, legend, folktale and literary tradition.  Carter's writing is the kind that will sweep you off your feet and carry you to distant shores, where all the colour is Technicolor and everything shimmers as if in a dream. 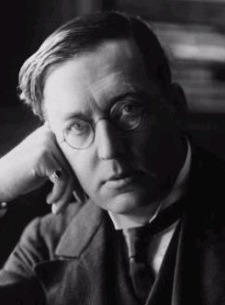 MR James's tales may reek of the donnish scents of tweed and pipe tobacco but, nonetheless, they remain today some of the most unsettling ghost stories ever penned.  Where other writers seek to frighten you with gory detail, James prefers to evoke the same uneasy feeling you might get while walking along a quiet road in unfamiliar countryside just as night has fallen.  His is the world of things that hover just at the edge of vision, of muffled sounds in the half-distance. Someone - their identity seems to be lost somewhere in the nether reaches of the internet - once said that "In Poe, you reach for your bedside lamp at night and it isn't there; in James, you reach out and something in the dark hands it to you".  I'd add that you will never see the hand but you may feel the lightest brush of sparse and wiry hair, or smell something that's not quite bitter almonds and not quite sulphur.  In any event, you won't be putting your hands above the bed covers again all night. 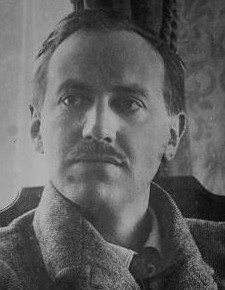 I only discovered the work of Edward John Moreton Drax Plunkett, 18th Baron Dunsany, fairly recently, though I first came across his name many years ago in Michael Moorcock's excellent history of literary fantasy Wizardry and Wild Romance.  His creations may often, as Moorcock says, be slight but they are told with great charm and humour and, best of all, frequently come at their subjects from surprising angles or arrive in altogether unexpected places.  He will tell you tales of anything from vanishing cities to scoundrelly chess-players to dream-wreathed journeys to distant lands.  And beyond all that, anyone who can come up with a story titled Why The Milkman Shudders When He Perceives The Dawn deserves a great deal of indulgence on the reader's part. 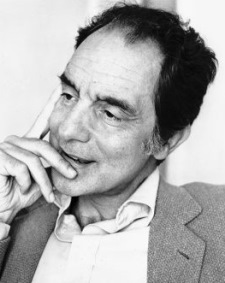 Italo Calvino, like so many of the other authors I've listed , was a lover of folktales, going so far as to become Italy's Grimm by compiling a superb volume of native fairy stories.  It was a grounding that informed his deceptively simple, always multi-layered works, novels such as If On A Winter's Night A Traveller, Invisible Cities and The Castle of Crossed Destinies being formed from what could be separate tales but, taken together, form extraordinary narrative mechanisms, bright jewels spinning around each other, linked by a glittering web of spun gold. Entering the first chapter of a Calvino book is a dangerous thing, what seems like a shallow, pellucid pool soon turns out to be much deeper than at first thought and filled with strange currents. 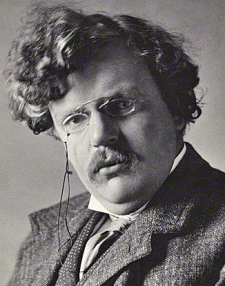 After all the other writers I've mentioned in this and the previous instalment, GK Chesterton might seem an odd figure with whom to finish.  His aged Billy Bunter appearance, habit of getting lost and firing off telegrams to his wife such as "Am in Wolverhampton where ought I to be?" and constant ribbing of his great friend and ideological opponent George Bernard Shaw's "progressivism" seem unlikely ingredients with which to make a fantastical author.  But Chesterton's fascination with the nebulous and the numinous (raised as a Unitarian he converted to Catholicism in his late forties) combined with a furious energy (he wrote 80 books, 200 short stories, thousands of essays, several plays and a lot of, not terribly good, poetry) to produce a writer of startling imagination and a wonderful subverter of conventions.  In The Napoleon of Notting Hill the newly-elected king divides a future London up into a series of city states for a joke and provides the spark for the city's transformation into a place where people live out their lives as if they were minor characters in Arthurian legend or The Thousand and One Nights.  In  The Man Who Was Thursday a poet is recruited into a secret anti-anarchist force, only to find that all its members, bar one, are actually fellow anti-anarchists.  In The Club of Queer Trades he creates a series of anti-detective stories which manage both to fit the mould of the Sherlock Holmes tales perfectly and smash that same mould into pieces.  A writer who constantly reiterates the need for imagination in our approach to reality as well as fantasy, Chesterton needs to be read now more than ever.