What's in a name?

Shakespeare's Juliet famously claimed "A rose by any other name would smell as sweet".  Juliet, of course, was only thirteen and so entitled to say things that seemed really profound to her but don't really hold up under examination.  What's true for roses doesn't necessarily apply elsewhere, it may not even apply to roses: as JBS Haldane pointed out in the wonderful My Friend Mr Leakey, a rose might well not smell as sweet if it were called "the Lesser Stinkwort, or the Fish-and-chips Flower". 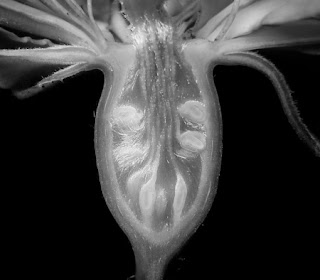 Names are important, especially so in fiction.  We know all about a character called Holly Golightly even before we meet her, and we know more about her than she could ever say herself when we discover her name used to be Lula Mae Barnes.  There's an excellent Screenwipe interview in which Graham Linehan makes exactly this point about character names to Charlie Brooker (below at about 5:40 - he's so right about "Pat Mustard").


To be supplied with a great name is to be put on the fast track to characterisation. One of the great joys of working on Jacob Jones and the Bigfoot Mystery (the game I've banged on about far too much ... and still available on iOS and PS Vita) was that some of Lucid Games' (wonderful) character designs came with (even more wonderful) names: when you find out that your airfield mechanic character is called Mike Le Bondeuce, or that the fox with the "I Hate Mondays" mug is called Larry Hubbard, you know exactly who you're dealing with and how their dialogue ought to sound.

Unfortunately, as Linehan points out in the interview above, it can be much harder when you're trying to come up with a character name on your own and this is a problem I'm struggling with in the Otherwhile-based novel I'm working on.  A lot of minor characters have rushed forward with their names intact (I think you know pretty much where you are when you meet someone called Frunt, for instance) and months of (largely unconscious) thought recently resulted in a very significant character being renamed Magra, Thela, Bes (she had a cameo in The Mountainherd's Tale) but the main characters are still known as Hero, Heroine and 7th Son, despite my throwing all sorts of different names at them.  Part of the problem may well be that I'm spoiled for choice: in a fantasy world, I can come up with any sort of name I like (like Lemnick or Arbor Vulpa, both of whom will be familiar to my regular reader).  Another is that names in the real world come with a certain amount of freight: a character named Lionel will conjure a very different background in your mind to one named Harry.  And if I subvert your preconceptions a little by telling you that Lionel/Harry is a woman I can get even more bang for my naming buck.  But if I tell you my character is Maeraway or Brawitt, what am I conjuring up then?

Some fantasy authors are brilliant at this, some have useful shortcuts.  JK Rowling dips back into the 19th century and earlier by giving many of her characters type-names - Draco Malfoy isn't so much a monicker as a declaration of evil intent, and as for Severus Snape ...  Again, Tolkien's search for names was aided by decades of immersion in the languages he'd created, not to mention his detailed studies of Germanic languages.  And then there's Ursula le Guin, who pivoted a whole book about two name-related moments: the moment our hero Sparrowhawk is given his true name Ged, a name full of weight and finality, and the moment he names the creature that stalks him; more than thirty years on, I can still remember the shiver of fear and excitement those two passages evoked in me.

I'm sure it's a problem I'll solve (in fact, I think Maeraway, which popped into my head thirty seconds ago, might just do the trick for my heroine) but in the interim, it was a problem I thought worth sharing.  Names are important: be careful how you choose them.

I've just realised that I forgot to mention Frances Hardinge in the above post.  This is a pretty criminal omission: as well as having more clever ideas than a boxful of string theorists, her books contain wonderfully evocative names, from Mosca Mye and Eponymous Clent (how could he be anything else but a conman with that name?) in Fly By Night and its sequel to Neverfell, Master Grandible, Madame Simpria et al in A Face Like Glass (a book which, incidentally, everyone should read).
at 09:51